Surveys for terrestrial gastropods in the Kootenay region of British Columbia, with new records and range extensions

The northern Columbia River basin, extending from the Kootenay region in British Columbia southward to the Idaho panhandle and northwestern Montana, contains a unique terrestrial gastropod fauna, but in Canada few surveys have specifically targetted this group. Here we report on terrestrial gastropods detected during surveys of 314 sites distributed in five biogeoclimatic zones across the Kootenay region. The surveys occurred on 65 days over seven years from 2007 to 2015, usually in September–October. We detected 45 taxa identified to species, belonging to 33 genera; micro-snails of the genus Vertigo (apart from Vertigo ovata) were combined into a single category, and snails belonging to Succineidae were not identified further. Regionally endemic species previously reported from the region included Western Banded Tigersnail (Anguispira kochi occidentalis), Coeur d’Alene Oregonian (Cryptomastix mullani), Rocky Mountainsnail (Oreohelix strigosa), Subalpine Mountainsnail (Oreohelix subrudis), and Pale Jumping-slug (Hemphillia camelus), which was widespread across the region. Magnum Mantleslug (Magnipelta mycophaga), the distribution of which extends beyond the Kootenay region, was detected at several widely spaced sites. Two species new to Canada were detected, Pygmy Slug (Kootenaia burkei) and Sheathed Slug (Zacoleus idahoensis), both of which were subsequently assessed to be of conservation concern both provincially and nationally. Other notable observations included the detection of Fir Pinwheel (Radiodiscus abietum), a regional endemic, which has been previously reported only once, and three species common in coastal forests but not previously reported from the region: Pacific Banana Slug (Ariolimax columbianus), Robust Lancetooth (Haplotrema vancouverense), and Northwest Hesperian (Vespericola columbianus). Further surveys, especially at higher elevations, may reveal other additional or unusual species. 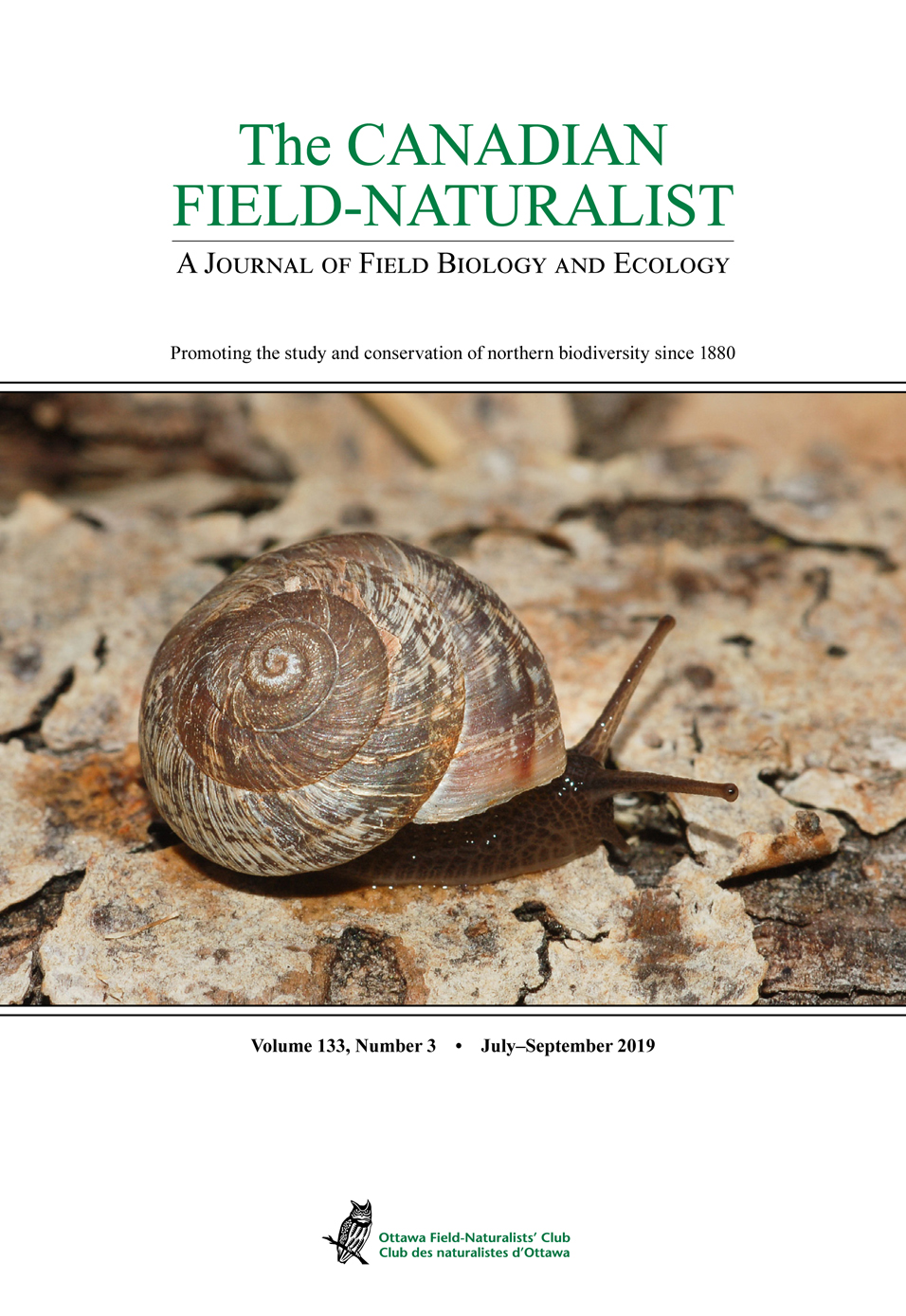