We investigated Wolverine (Gulo gulo) denning ecology in the boreal forest of northern Alberta. During winters 2015/2016 and 2016/2017, we used live traps to capture four female Wolverines and fitted them with global positioning system (GPS) collars programmed to take a location every two hours. We determined reproductive status at capture and GPS location data were used to identify den sites. One female denned in one of the two years, one female denned in two consecutive years, and two females did not den during the study. Seven of the eight Wolverine den sites were in mature or old Black Spruce (Picea mariana) stands, where dens consisted of a hollow, moss-covered mound originating from a partially uplifted root mass caused by a leaning or fallen tree. One den was located under decayed logging debris with an overstorey dominated by dense deciduous regeneration. Maximum snow depth recorded (December–March) at weather stations in the study area was 32–51 cm. Spring snow coverage was scarce in our study area (<1%) and always associated with ice cover on lakes and large ponds; mean distance from dens to nearest spring snow coverage was 15.19 km (SD = 2.73, n = 8). Female Wolverines appear to be using locally-available denning structures in the lowland boreal forest, despite a lack of deep snow, persistent spring snow cover, or large boulders documented in other studies. 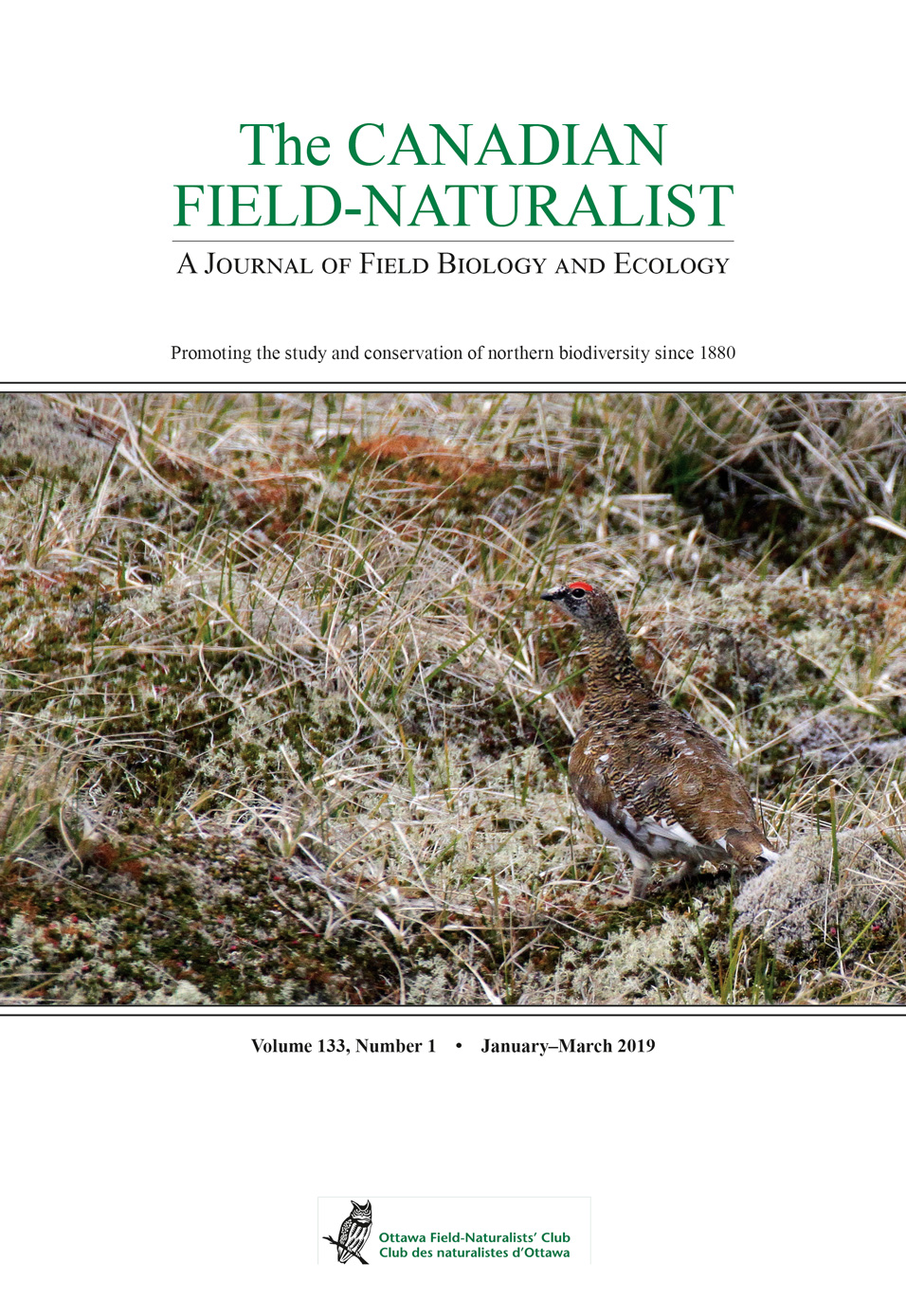